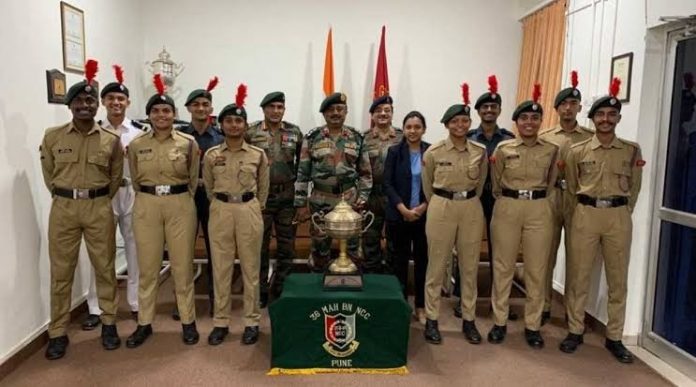 The National Cadet corps (NCC) is a voluntary organization engaged in grooming the youth of the country into disciplined and patriotic citizens. They recruit members (cadets) from schools and colleges across the country and are given basic military training in small arms and parades.

I would like to share the beautiful experience of my 1st NIC NCC camp. Over 600 cadets from all over the country- Northern states of Punjab and Himachal Pradesh to the Southern tip of Tamil Nadu and from the far corners of North Eastern States to Gujarat in the west- participated in the 12-day National Integration Camp organized by the NCC Directorate of Andhra pradesh  and Telangana. Our camp was designed with the theme “Unity in Diversity” with a dose of rich diversity from all cross country culture experience.

The journey started on 8th Jan, 2017 and we, the cadets from kerala group boarded the   Kerala Express and headed towards Bapatla. I was quite nervous and curious about how the camp would go. We reached Bapatla Railway Station and were taken to the camp which was at Bapatla Arts and Science College campus. In the coastal town of Bapatla, it was very cool in the morning and the sunrises were very beautiful

Our day started with roll call in the morning followed by P.T. Then lectures were given by military officers on Character building, Personality Development, Career counseling, Leadership qualities, and basic army subjects like assembling and disassebmbling of guns, Map reading, .

Many competitions such as singing, dancing, Group discussion, Debate, Lecturette and Essay writing, shooting, and athletics between cadets of different NCC directorates of the country were conducted. I participated in the athletics and shooting competitions, And the best one was athletics . Even though we are frim the 2 kerala regiment a total of 120 cadets who came from kerala there were 12 of us from my school alone and we were known as the smallest regiment in kerala. So during the athletics all of us decided to be a single team and parricipate so we made a relay team, for 4×100m and 4×400m which we won the medal with ease and at the end of the competition the kerala regiment won with a total of 32 medals and 126 points  out of which 19 medals were won buy cadets from my school. 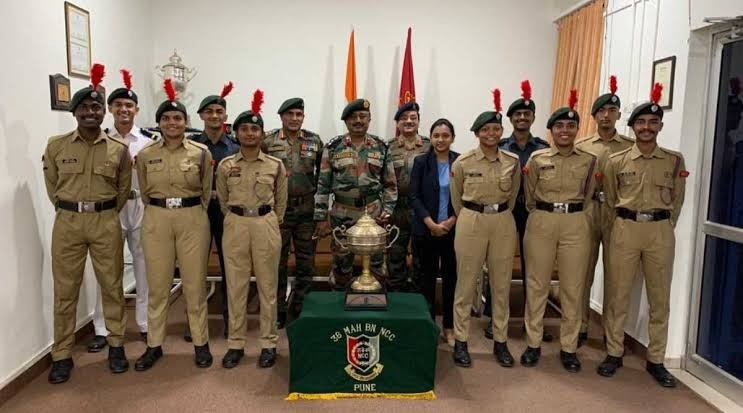 Then the shooting competition came around and due to heavy strength and time limitation around 5 people from each contigent were selected and the selection was based on the precision of shooting,  and from my contigent me and 4 others were selected and on the end day when results were anounced we the kerala battalion was placed at 3rd place with Andhra being second and Gujarath being first

We were taken for sight-seeing to Amaravati the capital city of Andhra and Mangalagiri and it was the festive season of Sankranthi — the harvest festival of Telugu people. And another funny yet amazing thing that we as cadets constantly encountered was Since we were in NCC uniform, as we walked through the streets, the local people looked at us curiously and tiny kids came running to say “hi!” and shook hands and greeted us. It felt like… we were kind of celebrities.They used to call us sir and madame thinking we were either police officers or army personals and we to use to enjoy this a lot the respect and admiration that we get to see in people’s eye when they see us in the uniform. 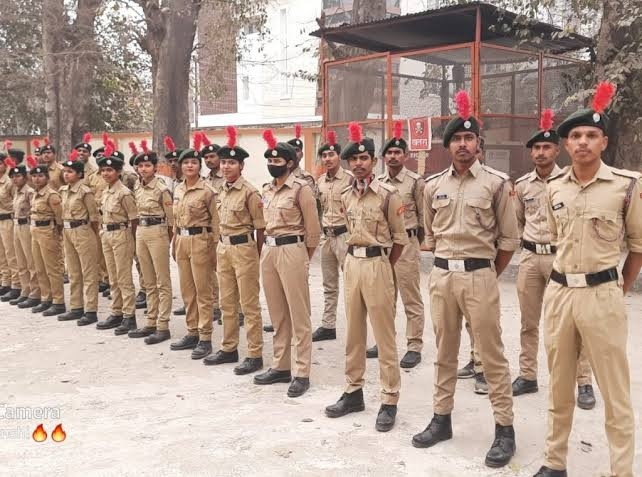 I was one of the chosen cadets to visit the Suryalanka Air Base to watch missile firing. We were sitting at about 100 meters away from the missile in the control tower . And then the countdown started 10..9.…1. Everyone fixed their gaze on the missile launching vehicle. With a Big bang, fire and cloud of dust behind, the missile shoot up into the clear blue sky with immense speed leaving us in awe. It hit its target midair in just 6 seconds. It was a overwhelming moment and I captured it in my mind.

On the last day of the camp “Bada Khana” (variety of dishes) was arranged. After summing up the event, few cadets sung “Chalthe chalthe meri ye geet yaad rakhna, kabhi alvida naa kehnaa…”I was happy that the camp went successfully at the same time sad because we lived together like a family all those days and we would part ways very soon .and since we were not allowed to have our phones with us we never got to take any photoes and all that we remeber is in our hearts and on the last night , there was a display of fireworks. And everyone there, regardless of culture, religion or region they have come from were holding hands together and screaming with joy at the site of beautiful light patterns in the dark sky. It was the moment to say Good Bye! I loved the camp life and I will miss it and the people.

This camp taught me discipline, to accept people the way they are, infused courage and strength, motivated me to do better as a human being . In the span just 12 days i got to see chota bharath the whole diversity of our country the different cultures and languages that is spread across the length and breadth of the country and i got to see how people of different cast and creed stayed together in harmony and that cast and creed was never even in the question while making friends and making memories . And the one thing that we as cadets always keep in mind are The best memories of our life can never be captured in pictures, they are always captured by heart and cherished forever

Your First Step into the Business World

Everybody Can Dance, it’s the Drive and Passion that Makes you a Dancer.’ 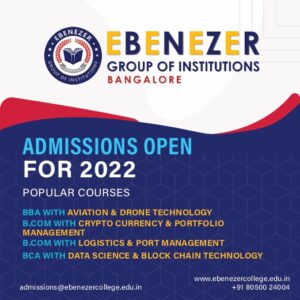 My Mother is a Timeless Teacher in the Classroom of my...

Everybody Can Dance, it’s the Drive and Passion that Makes you...